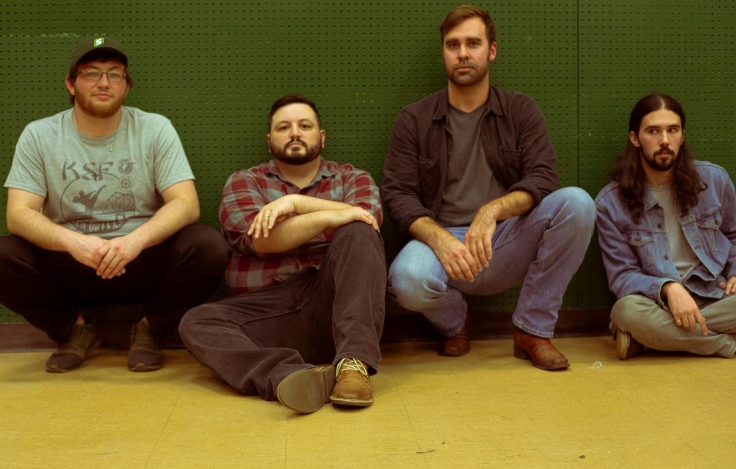 RUN IT BACK- Louisiana songwriter Jesse Brooks returns to Nick’s Saturday with a full band and new songs.

The last time Hammond-based songwriter Jesse Brooks played at Nick’s Ice House on Hardy Street he was just getting started after a three-year break from music and doing acoustic shows all around the Gulf Coast region. He will return to Nick’s with a full band on Saturday, Dec. 21 at 9 p.m.

“We enjoyed the hell of playing Nick’s a few months back,” Brooks said. “That was back when we were doing acoustic shows and I think we forgot to pack our microphones so we had to do the show with no sound. I was nervous because all these people showed up right at 9, but they all quietly listened and were really engaged. That rarely ever happens!”

Brooks said that the acoustic shows that he had done were intimate and a good way to connect with audiences but that getting back into the flow of the scene is moving a lot faster now that he’s joined by his band, The Living Past.

“I write a lot about life in Tangipahoa Parish or I slip in some social issues here and there,” Brooks said. “It was cool telling those stories in a folk setting but I’ve always been in rock-n-roll bands so we just formed The Living Past to check off all the boxes.”

Brooks said that the band’s name comes from the William Faulkner quote from Requiem for a Nun, “The past is never dead. It’s not even past.”

“I enjoy Hattiesburg a lot. It’s a place with its own kind of vibe and people here make you feel at home,” Brooks said. “Usually we’ll spend an extra day here. We’ve camped at Paul B. Johnson before. We love visiting T-Bone’s and usually hit up Leatha’s BBQ on the way out.”

Brooks said that if anyone from the last show at Nick’s comes on Saturday that they can expect a more lively vibe with a full electric band in the mix.

“I think Clay and I first bonded having conversations about that Robert Johnson and Mississippi blues stuff because we both grew up not far from where that trail begins,” Brooks said. “When I go electric, I think there’s an element of something kind of visceral and Clay has a smooth touch that is a great compliment to that.”

Brooks said that the band sounds something like Neil Young and Crazy Horse but with an Allman Brothers sensibility. He also hasn’t forgotten his punk roots and said that story and message are specifically the duties of his job.

“I’m here for words. Clay is here to make us sound legit. Jeremy keeps us in line and Byron is like our producer in residence,” he said.

The band is preparing to release an EP called The Cherry Street Sessions, a collection of songs recorded in single takes inside of Riemer’s Auditorium on the grounds of the First Christian Church in Hammond, Louisiana.