For anyone young in America right now, figuring out how to manage day-to-day living while facing an ever growing income inequality gap is a harsh reality. This especially rings true for young African-Americans trying to accomplish that and more.

The awareness of this reality is something being explored by rapper J.Quick (a.k.a Jarius Burton) from Hammond, Louisiana. Quick has been building a career in hip-hop ever since he was a teenager, and at age 22, he somewhat has the feeling of a veteran on the scene.

Though Quick himself may feel like he has been on the grind for years, his reality is that he and his career are young. As he has completed projects as a recording artist, his sound and narratives have been in a constant flux.

His latest release, an E.P. entitled “Can’t Lose Faith”, is a departure from his past themes that dealt with relationships and heartbreak through Drake style hip-hop ballads. The current release is darker and more reflective, signs of a young artist diving headfirst into manhood. 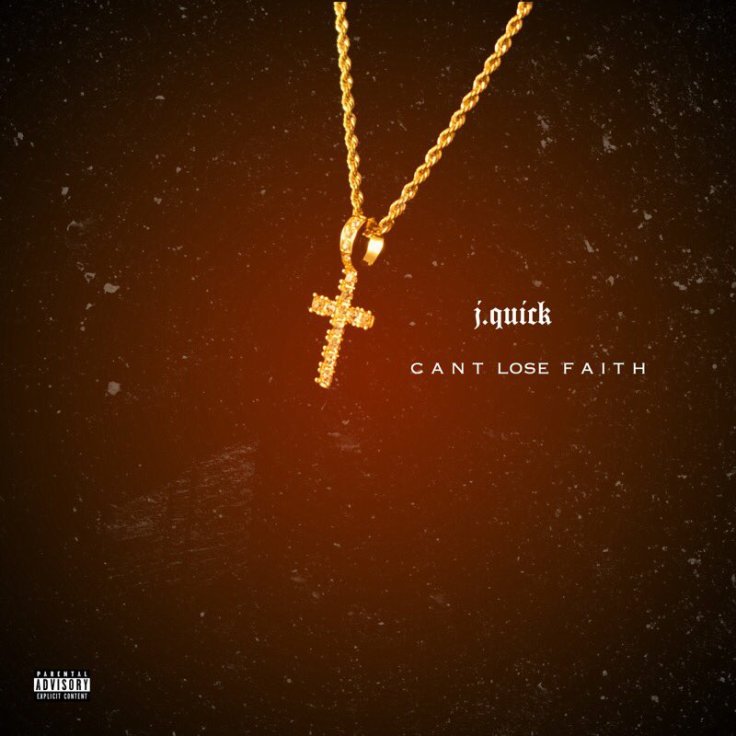 Being a musician from Hammond, roughly 55 minutes north of New Orleans on I-55, can be tough due to a lack of media availability. It is a college town, but its markets are in between Baton Rouge and New Orleans, which leaves the Tangipahoa Parish hub lost in the mix sometimes. Musicians from Hammond often have to compete twice as hard for gigs, sales or anything else with artists from more established urban bases.

Even for a small town, Hammond has its dangerous neighborhoods and immediately from the opening track, Quick paints an upbringing involving experiences of violence and drug dealing he witnessed. This is the first time Quick has ever brought his audience into his past, and by doing so he makes his case for an exit from that life.

Can’t Lose Faith was produced and mixed by Teveyon Bickham and sounds like an assortment of several styles of hip-hop from over the years. In the opening track and the fourth “Lost So Many” there are a lot of subtle nods to 90s style hip-hop, but it’s a hodgepodge of Death Row, Bad Boy and Cash Money. The sound reflects the pair of Hammond artists well since it tends to be the kind of town that absorbs everything. The harder sound fits the more mature viewpoints Quick is working through.

Perhaps the most striking track of the EP is the final one entitled “You Had to Be There.” In it, Quick envisions his neighborhood as a war zone with violence the audience would not be able to imagine. He describes an environment so riddled with violence that it can be hard to mentally rise above. If anyone closes their eyes, this could be in any town in America. The narrator endures scenes of violence and fears calling police in fear that the violence will be subjected to them.

Can’t Lose Faith is a sign of growth for Quick lyrically, showing that he wants to be an artist with a message. Quick seems to embrace growth as his social media presence is in a constant state of rebranding. He periodically shares images of himself in between promoting projects, and he also eventually removes all of his old work from the public. This is an artist experimenting and figuring out who they will become.

If Quick can expand out of the Hammond area, starting with this release, audience’s won’t lose faith with him.