On Tuesday, May 22, Independence High Magnet School graduating senior Melvin Baker signed a letter of intent to play basketball for Coastal Alabama Community College, fulfilling a personal goal to reach the next level. Baker, a three-year starter, was exceptional during his time with the Tigers, and displayed measurable improvement each season.

“I don’t think you can truly put into words what Melvin has done for our program,” said Tigers coach Ace Misita. “Before I got here, when he was a freshman, he was hurt and couldn’t play and they went 0-20. Then three years later and he’s a senior, we’re 19-5 and on the cusp of making a deep playoff run.”

At the conclusion of this season, the Tigers advanced to the second round of the LHSAA 2A postseason where they fell to Many 52-46, the third seed.

As humble as Baker comes across, his impact as a leader was significant as he contributed through every position on the floor. Now he has a chance to play the role of a contributor for the Sun Chiefs, a program that seems to be a natural fit for the 6’6 swingman forward.

“We play position-less basketball, following a trend started by the Golden State Warriors, so we don’t really have any expectations around what kind of position he’ll play,” Sun Chiefs Head Coach Robby Robertson said. “We need some help around and above the rim, and I think he can help us there. But we aren’t going to post him up and back him down every time. He’s going to have some freedom and we will put him in the best possible position to be successful.” 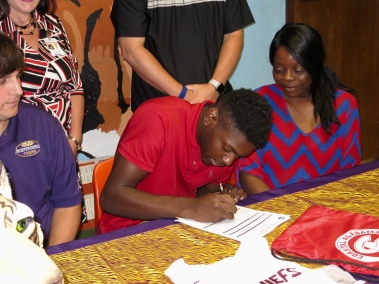 Sun Chiefs Assistant Coach Len Lanier discovered Baker through a mutual connection on his AAU team, Northshore Elite out of Slidell. Now that he has the opportunity, Baker is ready to make the most out of it.

“They told me to expect more of a work out plan and to work my way up to get into spots I want to be in,” Baker said. “I just expect to go to school, be in class, eat right, wake up at certain times and stuff like that.”

The quiet natured Baker says going to a school not far from home, 36 minutes northeast of Mobile, will make the transition a bit easier. However, he admits with a smile, that getting used to a new environment for the first time will still be a challenge. 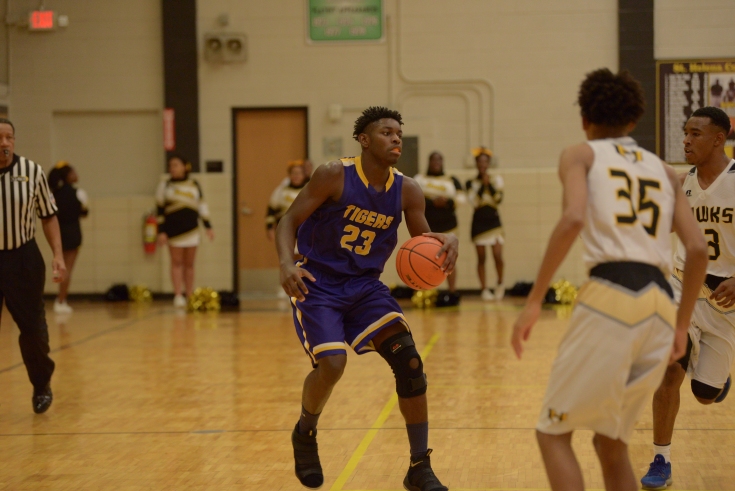 What Baker leaves behind in Independence is a legacy unique to Tangipahoa Parish. When the best athletes move on to the college ranks, it is practically tradition that it will be accomplished in football. In Baker’s case, he always dominated on the hardwood, scoring over 1,500 points in his high school career and being named District 9-2A MVP this season.

“He’s an excellent young man and his mother did a wonderful job raising him,” Misita said. “He’s never been tardy or in trouble during his four years at Independence. Coastal Alabama got themselves a good one.”