On Saturday, February 3, the Amite community dedicated an entire day of celebration to honoring Devonta Smith, the area native who caught the game-winning touchdown for the Alabama Crimson Tide in this season’s National Championship. Smith, a freshman at Alabama, was a three-time Louisiana Sportswriter’s Association All-State selection while playing for the Amite Warriors.

The day started with a morning victory parade through the main streets in Amite City, and it ended will a well attended honor ceremony in the evening at the Amite Community Center. 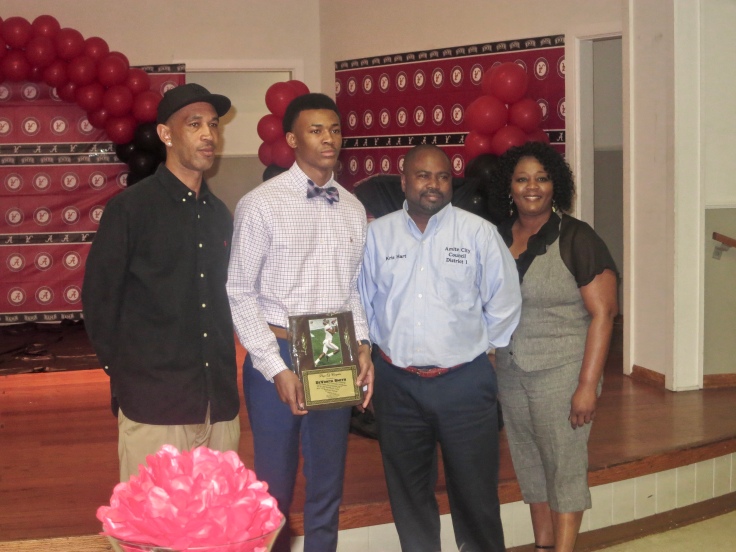 The ceremony was attended by various prominent figures associated with the Amite football program. Former Warrior David “P.J.” Franklin, who furthered his career with Tulane and the New Orleans Saints, served as the featured speaker for evening. Youth coach Eric Jackson shared his memories of a young Smith, as well as former Warriors coach Alden Foster. Current Warriors head coach Zephaniah Powell praised his former star, and credited him with bringing Amite football to another level.

“What a lot of people forget is that there is no professional football in the state of Alabama,” Powell addressed the audience. “In Louisiana we have the Saints, some people in Mississippi support the Saints, but in Alabama it’s all about Crimson Tide football. What people might not understand is that Devonta is a living legend in the state of Alabama. Over there, it’s like you have up top Bear Bryant, then Nick Saban and somewhere on that spectrum it’s Devonta Smith, an 18-year-old freshman from Amite, Louisiana.”

Powell recalled being overwhelmed at the sight of Smith on the cover of Sports Illustrated, noting that the cover has been reserved for figures like Muhammad Ali, Tom Brady and Michael Jordan.

“I just want to thank you, Devonta, because without you there is no me,” Powell said.

Throughout it’s history, Amite football is a storied program that has produced SEC Champions, National Champions and even Super Bowl Champions. The Warriors hold claim to four state championship titles (1963, 1994, 1999, 2004) and five runner-up appearances. As recent as this season, former Warrior defensive back Reggie Porter joined the Cleveland Browns’ active roster as an undrafted free agent. Porter was a teammate of Saints rookie safety Marcus Williams at Utah.

Smith also said that it meant a lot that a program like Alabama showed enough confidence in him when it mattered most. The 41-yard catch that lifted the Tide 26-23 over Georgia in overtime was the only one Smith recorded in that game.

“When the play was called, I just looked at my quarterback and I said ‘trust me, bro’,” Smith said.

What Smith leaves behind in Amite is a Warrior program with a bright future.
Former teammate and current Warrior Devonta Lee spoke words of congratulations and acknowledged that he has learned a lot from Smith. In about a year’s time Lee and teammate Ishmael Sopsher, the nation’s top defensive lineman, will go through the same hectic “final decision” in the college recruiting process.

“Go where you want to go and don’t listen to what other people are saying,” Smith said as advice for Lee and Sopsher. “Go where God wants you to go. You can’t go anywhere for someone else. You have to go there for you.”

Before the evening closed, Smith was honored by officials in local government. Amite City Councilman Kris Hart presented a Plaque of Recognition that was approved by Mayor Buddy Bell, and Tangipahoa Parish Councilman Louis Joseph presented Smith with a Proclamation of Recognition signed by parish President Robby Miller. 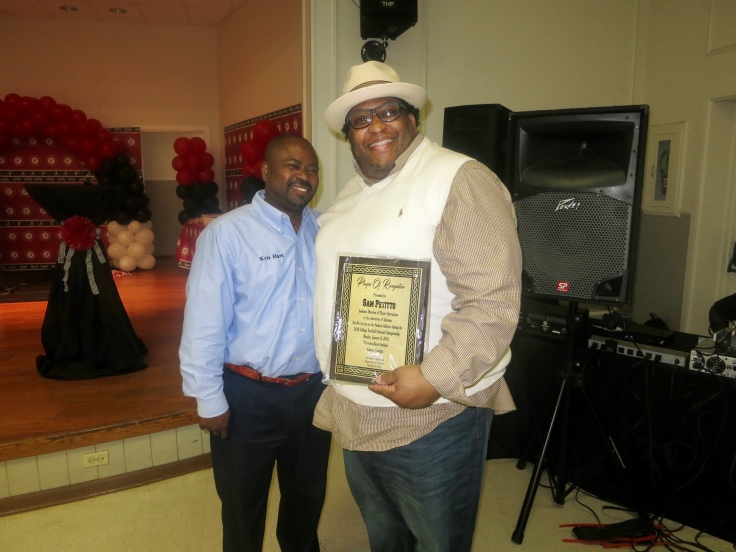 Former Warriors coach Sam Petitto is a current member of Nick Saban’s coaching staff, and he was also recognized by the Amite City Council for his accomplishments.