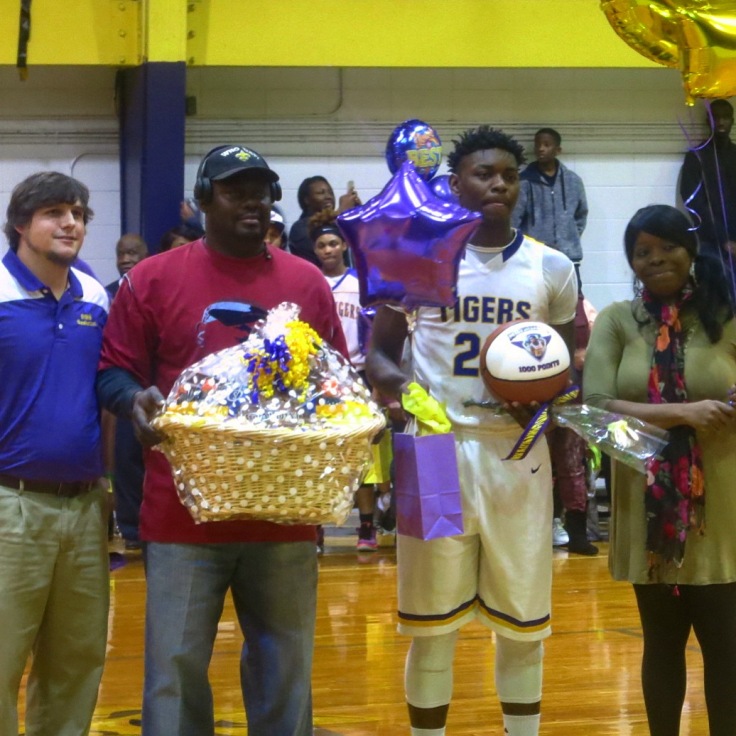 On Senior Night, the Independence boys basketball team cruised to a 68-42 victory over District 9-2A opponent Pine on Friday, February 2. The win has the Tigers finishing 17-3 overall in the regular season, and 7-1 for the district’s best record. Friday’s win qualifies the Tigers for the No.1 seed in the upcoming District 9-2A Tournament.

“This is the first time they’ve done a district tournament that I’m aware of, but it’s pretty much structured like college,” Tigers Coach Ace Misita said. “You go into into those conferences like the SEC, ACC or Big Ten and you try to win or punch your ticket to the Big Dance.”

Despite early hot shooting from beyond-the-arc, the Tigers captured an 11-8 lead following back-to-back buckets by senior forward Melvin Baker, who led his team with 20 points total. A Pine 3-pointer tied the score at 11-11 with 2:19 left in the first quarter, but the Tigers soon launched a 16-0 run that started with getting points off of turnovers. DeAngelo Gaines scored on two 3-pointers during the run, and the run also featured steal-and-scores from Gaines, Kelvin Barnes and Genord Perry.

Following the run, the Tigers led 27-13 with 3:56 remaining the first half. Pine responded with an 8-0 run of their own that only ended with a Perry steal-and-score inside of the final 10 seconds of the first half. The Tigers would lead 29-20 at halftime.

“There were several first-half layups we just missed,” Misita said. “Normally we’re a 65 percent free throw shooting team, but we just didn’t have it tonight. Luckily, I think we made up for it on the defensive end, and that gave us offensive opportunities.”

In the second half, Baker came out firing to score nine consecutive points that included one 3-pointer and one fast break dunk. Going into the fourth quarter the Tigers led 47-26.

Baker checked out of the game with 3:05 left to play, to a standing ovation, and the Tigers held a 62-31 lead. 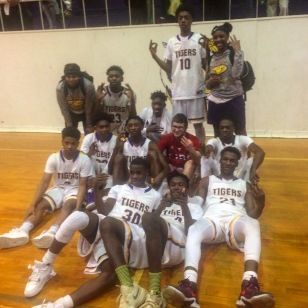 In a touching moment before the game ended, Bryson Knight, a senior for Pine, checked into the game and caught fire by scoring 14 points mostly from deep. Knight recently lost his father to in an automobile accident on the Lake Ponchartrain Causeway last week. Knight’s fourth quarter scoring display qualified him as his team’s leading scorer in the game.

Independence is currently ranked No. 9 in the LHSAA Class 2A Power Rankings.