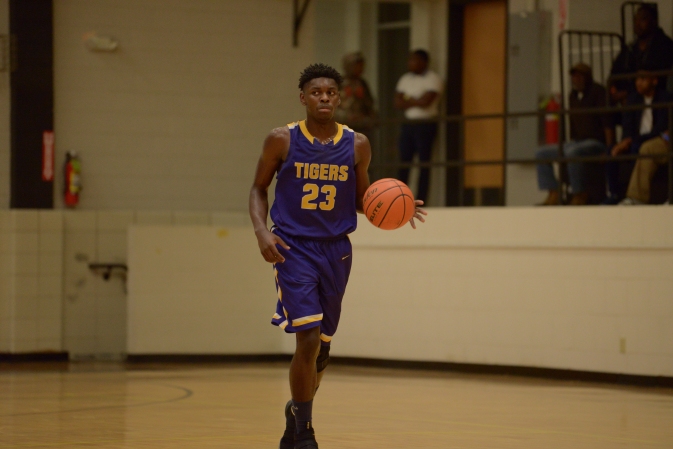 The Independence boys basketball team defeated Pope John Paul II 50-25 on Friday, January 5 to open District 9-2A competition. The Tigers, who are experiencing a brilliant start, hold a 9-2 record overall and hold an the possibility of establishing an early lead in the district race.

Tigers Coach Ace Misita draws up a play during a timeout. File photo by Matthew Roy.

Forward Melvin Baker scored a total of 25 points in the win over PJP II, half of all points scored by the Tigers.

Though the Tigers have fallen a few spots in the LHSAA 2A Power Rankings, they still hold significant ground at No. 10 in the Top 48.

Independence returns to action on Tuesday, January 9 at home against Northlake Christian. Be sure to check in with us for full game coverage next week. Live updates can be will be provided by @jessecbrooks on Twitter.