When most hip-hop artists look back on their humble beginnings, the story usually begins in a city neighborhood from New York, Chicago, Los Angeles or New Orleans. However, for Jarius Burton, who goes by the stage name J. Quick, the origin begins in Greensburg.

“My family lived on Under the Hill Road near the truck stop,” Burton said. “I was into music a lot. My mom was in a band and my auntie sang a lot. Music was always in me.” 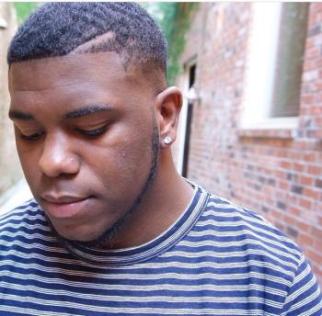 Burton’s mother Stacy played flute in the St. Helena High School marching Band, and placed an emphasis on music in the household. Burton also cites the gospel music his family was involved with at church as an early introduction to music.
Today in modern hip-hop, many rappers try to infuse various influences from outside of the genre. That has inspired many artists like Chance the Rapper, Kendrick Lamar and Childish Gambino to search the sounds of their past, and often gospel and soul music comes up as the common links.

“I’ve got an old soul,” Burton said. “When I was around my mother and my aunties we’d have Marvin Gaye and Al Green playing. I was exposed to all kinds of music at a young age.”

While in grade school, Burton and family moved to Hammond. His mother’s partner at the time, Cedric Flowers, a father figure, introduced hip-hop to Burton for the first time.

“I feel like being from Greensburg, and now living in Hammond, has helped me in some ways,” Burton explained. “Sometimes rappers from the city never leave where they are from. Someone from New Orleans might always just sound like New Orleans. I listened to music from all over and that’s what I want to sound like.”

With the expansion of the digital age, social media has leveled the playing field for emerging musicians. Burton is a student of the industry, and has put these new tools into use to launch his career. Every studio producer or live show Burton books for projects has been found through use of social media. He has travelled as far as Atlanta to showcase his music and link up with his online business relationships.

Burton currently works at Blue Beacon Car Wash in Hammond, supporting himself as he tries to make professional rapping a reality. He currently allows social media users to acquire his music free while focusing on monetizing his music through live shows and merchandise sales.

“I see myself as [a] concept artist because I feel like I’m a storyteller,” Burton said. “I like the songs to focus around one concept of each album.”

Burton is currently working in the studio to record an album with the working title “It’s Never Too Late.” Previously, Burton released “The S.H.E. Project,” a work all about relationships and heartbreak.

Burton’s music is available for free playback at https://soundcloud.com/realquickmusic online.