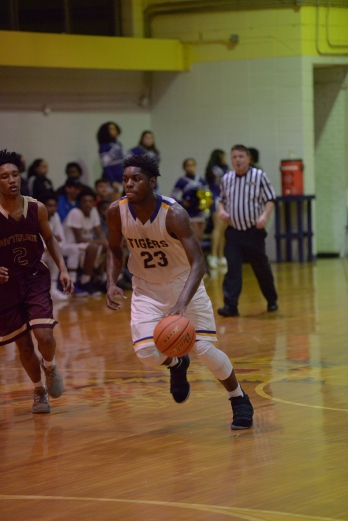 Both Independence and Amite boys basketball squads turned in highly successful seasons in which the programs surpassed the first round of postseason tournament play in Class 2A.

One Tangipahoa Parish’s best prospects, Independence senior forward Melvin Baker, was named the “Most Valuable Player” of District 9-2A. Throughout his high school tenure, Baker’s role for Tigers ascended from contributing role player to featured star his junior and senior seasons.

For a team lacking in size down on the block, the 6’4 forward often played in the post while flashing skills that fit into all five positions on the floor.

“I think it speaks to Melvin’s ability to be voted MVP in a district with so many guys with D1 offers in various sports.,” said Tigers head coach Ace Misita. “Melvin is a leader on and off the court and it’s been a blessing coaching him the past three years. Any college will be lucky to add him to their program. They’ll be getting a great player and an even better person.”

Baker is currently not committed to any college programs, and still hoping for offers to come through.

In addition to Baker’s top honor, several members of the Tigers’ and Amite Warriors were named to the All-District team. Fellow Tiger De’Angelo Gaines joins Baker in the first team selections as does senior Tyrus Wheat, junior Devonta Lee and juniorTroy Wyre from Amite.