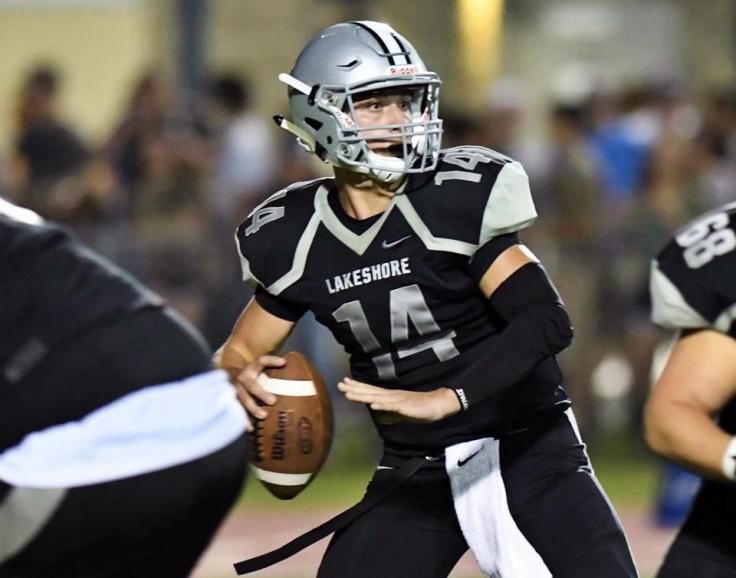 Despite Head Coach Ron Roberts leaving Southeastern Louisiana to fill the defensive coordinator vacancy at Louisiana-Lafayette, the Lions are picking up Lakeshore quarterback Chris Penton according to the athlete’s announcement today on Twitter.

Penton is regarded as the best quarterback in LHSAA 4A this past season, leading the Lakeshore Titans to the State Championship where they fell 48-26 to Edna Karr, ending an incredible undefeated streak at 16-1 overall.

The 2017 season was a dramatic turnaround for the Titans out of Mandeville, improving from a 5-5 regular season record in 2016.

In 2017, Penton completed 211 of 314 passes for a total of 3,790 yards in the air and 43 touchdowns which qualified him as the leading passer of the New Orleans Metro-Area this season. The 6’0 and 185 lbs. quarterback also totaled 4,159 All-Purpose Yards and eight rushing touchdowns. His combined total of 51 touchdowns his senior year was more than any player in the state of Louisiana.

As a head coaching candidate has yet to emerge for the Lions, the Louisiana Sportswriter’s Association 4A Offensive Player of the Year is excited to wear the green and gold.

“Big thanks to Coach Graves, Coach Stevens and Coach Lace for the opportunity. Let’s go get some rings!” Penton shared on social media.